at August 04, 2020
Nepal is a beautiful South Asian landlocked country lying on the laps of the Himalayas, covering an area of 1,47,516 square km. It is surrounded by two giant nations; China in the north & India in the rest of the sides. From the huge Himalayas to hills and then Terai, more than 3 crore people have made Nepal their habitat and earn their livelihood.
Although Nepal has been trying for the betterment of the nation, still it lags behind in the present scenario on the world map. Some of the problems that are hindrances to the development of the country are listed below. 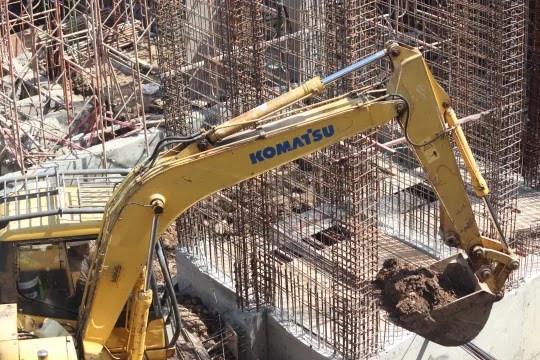 Nepal has been known as one of the poorest countries in the world. 18.7% of people living below the absolute poverty line while the multidimensional poverty index is reported to be 28.6%. Nepal ranks 147th among 189 countries with a Human Development Index of 0.579 in the year 2019 which shows the critical condition of the population residing in Nepal.  Low income, illiteracy, dependency on agriculture, lack of proper knowledge, lack of employment opportunities can be listed as the main causes of poverty. According to Economic Survey 2076/77, the per capita income of Nepal is $1085 i.e. Rs 1,26,018. Nepal is ranked 165th among 189 countries in terms of per capita income by World Bank for the year 2019 which illustrates the pathetic situation the country has been facing. The PCI of the USA & Maldives in 2019 is roughly 62 times and 10 times that of Nepal, Maldives being at the top of the chart among the SAARC nations. However 15th plan has aimed for the decrease in people living under the poverty line and multidimensional poverty index to 11% and 13% respectively.

The trade imbalance of Nepal has been a major issue in the economic development of the nation. The trend of trade imbalance has indicated the dependency of Nepal on foreign nations. According to the economic survey 2076/77, import(924.24 billion) exceeds export (74.91 billion) by 12.3 times resulting in a trade deficit of 849.33 billion which is a huge number. Around 62% of total trade is done with India solely showing high dependency of Nepal on India while 14.8% trade is done with China. Moreover, Nepal depends on foreign nations for aids to perform development tasks. 92 countries around the globe can invest in Nepal. The total budget of Nepal for the current fiscal year is 1474.64 billion of which nearly 40% of the budget source comes from grants(60.52 billion) & loans(524.5 billion). This approach of forming capital has also been an economic burden for the nation.

Physical infrastructures like transportation, electricity, communication, etc are the backbone of the national economy. The better the physical infrastructures, the better is the national economy of the country. But since Nepal is a developing country, it has still a long way to go for the achievement of the best physical infrastructures. Though the urban areas have an access to all of these infrastructures, rural areas are yet to be brought into the idea of new infrastructures over orthodox or conventional ones.
On the completion of the 14th plan, 88% of people have been using electricity while the remaining 12% being on the dark side. 89% of people have an access to drinking water while the remaining 11% are walking hours and hours to fetch a bucket of water. Only around 66% of people use internet services and know about world & new technologies around.

Unemployment is one of the main hindrances to the development of the nation. Achievement till 14th plan has shown the unemployment rate to be 11.4%. Report on the Nepal Labor Survey 2017/18 has shown that there were approximately 908 thousand Nepalese actively looking for jobs. Almost one-third of those who were looking for work were in long-term unemployment, i.e. they had been unemployed for a period of 12 months or longer. This mass unemployment has resulted in brain drain. Over the past decade, a large-scale migration of highly educated, skilled, and talented people of Nepal to highly rich and developed countries has been taken place due to a lack of opportunities and employment. Neither the manpower is given any training nor they are under proper guidance. Hence they prefer going to foreign countries to earn their livelihood. In the fiscal year 2076/77, 4.8 million people left and went to countries like Qatar, Malaysia, Saudi Arabia, UAE, Kuwait, etc. for employment opportunities. Out of them, 1.5% were skilled, 24% were semi-skilled and 74.5 % were unskilled. If this continues to happen, Nepal will face a lot of trouble conducting development activities due to a shortage of manpower.

The main problem of development in Nepal is the static dependence of the country's economy on agriculture. According to the economic survey 2076/77, the population relying on agriculture is 60.4%, which is more than half the population while the contribution of this sector in the GDP of the country is only 27.08%. This shows that although more than half the population is working in the fields of growing crops & vegetation, the economy has not received a remarkable amount out of it. Hence, it can easily be determined that most of the population engaged in this sector is poor & is living a difficult life. While the world is advancing the technologies for the development of agriculture, Nepal uses the same obsolete or outdated practices on the farm. Even farmers are out of reach of the required amount of fertilizers and seeds. Moreover, only 56% of agricultural land i.e. 14,79,000 hectares i.e. 17.97% of total land(26,41,000 hectares) has access to irrigation. Out of this, only 33% of the land is irrigated all 12 months. While irrigation is a must to foster agriculture, every agricultural land is not even irrigated. The history of England is clear evidence about how the agricultural revolution led to the industrial revolution. Keeping such evidence in mind, Nepal should take steps to develop the economy generated by the agricultural sector.

The world is marching towards more powerful technologies and their advancement in order to save time, money and increasing work efficiency. The use of poor technology in Nepal has become a constraint to developmental works as more time and human capital are required which in turn gives a low value. A huge capital and trained experts are the main requirements to foster new technologies. Furthermore, science and technology have not been given proper attention and lags behind in the priority list of the government. Thus, the deficiency of capital and absence of skilled labor has become major hurdles in spreading new advanced technologies in Nepal.

One of the main reasons why Nepal is behind in terms of development is the political condition of the nation. A developed economy is the indispensable criterion to march a country towards prosperity making it developed and successful. This is possible only when plans made by the government can meet goals and all of them are transparent to the public. But in Nepal, most of the plans cannot achieve their aim. Lack of political unity, favoritism, nepotism, bribery, and corruption are the main hindrances that are basically pushing the nation towards a dark future. In a nutshell, Nepal is run by a corrupt and inefficient government resulting in instability & uncertainty.

Although this is the 21st century and the whole world is trying to break down the barriers that are caused due to gender inequality, our country Nepal still has a belief system of ancient times. Our culture scowls upon women working outside their homes. 54.54% of the Nepalese population comprises women and ignoring more than half a population in developmental works is a blunder. Based on the Nepal Labor Force Survey 2017-18, there are 125 females for every 100 males in the working-age population but for every 100 employed males, there are only 59 employed females. This shows a huge disproportion prevails in Nepalese society which is one of the reasons why it is lagging behind.

Meagreness in Utilization of Natural Resources

The availability of qualitative natural resources is a treasured bonanza for the economic development of any country. Nepal is rich in terms of some natural resources like water, minerals, mountains & forests. It is the world's second-richest country in terms of inland water resources with as many as 6000 rivers, rivulets, and tributaries. The theoretical potential of hydropower is around 83000 MW while technically feasible production is 44000 MW. Although the potential is really high, Nepal has been able to produce only 1233 MW till the fiscal year 2076/77 which is only 2.8% of the technically feasible production of hydroelectricity. The annual consumption of hydroelectricity is 198 kWh per person on average as per the achievement of the 14th plan, which is very low compared to the electricity use in other countries. The energy use indirectly shows the trend of development of the country.
Nepal has favorable geography for various metallic and non-metallic minerals like limestone, talc, clay red, granite, marble, gold, coal, iron magnesite, cobalt, pyrite, etc. Although there is the availability of lots of minerals, extensive exploration is yet to be done. The contribution of this sector in the Nepalese economy is only 0.55% which is really low in spite of its availability. About 44.74% of Nepal's land is covered by forests which is a good source of herbs, timber, medicinal plants and can also help to foster the tourism industry which in turn can increase the economy of Nepal. But unfortunately, due to excessive exploitation of forests and their goods, the country is lagging behind.

Nepal is a mountainous country due to which the rugged uneven topographical feature of Nepal is one of the constraints to economic development. It is divided into three main belts, namely, a Himalayan region in the north, Hills in the middle & Terai in the south. From the highest peak of the world, Mount Everest which is 8848 m from the sea level to the lowest point Musharniya 59 m from the sea level, varying land features can be found in the country. Since Nepal is a land-locked country, the road transportation system is evident while airways, railways & ropeways are still in the developing phase.
The road network, its cost, and the feasibility of transportation projects are highly influenced by land features such as mountains and valleys. Highways and railways tend to be impeded by grades higher than 3% and 1% respectively. Hence, topography can cause a convergence of routes that can impose a certain degree of centrality and make the accessible location a trade center which is a major issue in today's time. Due to the absence of road transportation, remote areas of the country have accessibility issues for the development of infrastructures like health posts, drinking water facilities, electricity, internet & many more.