Visit Nepal 2020 | Everything You Need To Know - VIVEK DHAKAL

Home Topical Portion Visit Nepal 2020 | Everything You Need To Know

Visit Nepal 2020 | Everything You Need To Know 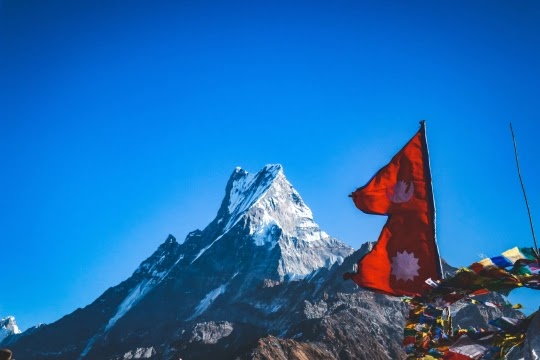 There are many places to visit in Nepal. Trekking in Nepal, mountain climbing, historical & religious places, natural resources, etc are the major reasons for tourists to visit Nepal. Tourism in Nepal dates back to 1949 AD after Annapurna Himal, a massif of the Himalayas in the Northern part, was opened for the public for the ascend to its summit. In 1951 AD, Nepal was made open for international trekkers. Professional tourism started in Nepal with the successful attempt to reach the world’s highest peak, Mount Everest (Sagarmatha) by Edmund Hillary and Tenzing Norgay Sherpa in 1953 AD. In 1996, His Majesty’s Government announced the year 1998 as Visit Nepal 1998 so as to set the country’s image as a special destination for visitors with a slogan “A sustainable habitat through sustainable tourism”. Thenceforth every year is celebrated to flourish tourism in Nepal. After the very first Visit Nepal Year 1998, Nepal Tourism Year 2011 was celebrated. Then, we planned to celebrate Visit Nepal Year 2020. The campaign was first reported to be held in 2018 but later put off to 2020 due to the delay in airport & road maintenance & the delay in other reconstruction works caused by the disastrous Gorkha earthquake 2015 (magnitude 7.8 Richter).
The year 2020 was being celebrated as Visit Nepal 2020 with a slogan of “Lifetime Experiences”. Visit Nepal 2020 was officially inaugurated by the president, Bidhya Devi Bhandari on January 1, 2020. The campaign was coordinated by Suraj Vaidya. The folkloric ape-like creature, Yeti, believed to be found in the Himalayan region, was chosen as a mascot of the campaign. The official logo of the Visit Nepal 2020 campaign was designed by Udhav Rimal. The government of Nepal had aimed to welcome about 20 Lakh tourists during this campaign. But Due to the covid-19 pandemic thorough out the world, Nepal's cabinet meeting held on 2076/11/18 BS (March 1, 2020) had decided officially to cancel Visit Nepal 2020 campaign. The Visit Nepal 2020 campaign was planned to revitalize Nepal's tourism industry after devasting Gorkha Earthquake 2015.