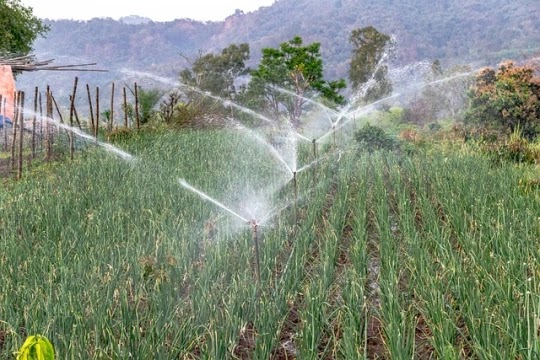 The irrigation system adopted in hills needs to be appropriate to the culture of different ethnic groups living in hilly regions. Junior and senior water rights should also be kept in mind while designing irritation systems in hills. Village boundaries may also affect the layout of the distribution network of the irrigation system.

If farmers in the hilly regions lack managerial & institutional capabilities & cannot be trained effectively within the available time period, then the distribution system should be simplified and control structures should be minimized. The regulating structures should be made easy to operate by local farmers.

The choice of technology, methods of construction, type of materials to be used, etc may be restricted due to financial limitations.

Because of intimate familiarity with the local conditions, farmers may help to better estimate the design flood discharge, flood level in the river, boulders & sediments carried by the river, etc. By providing these facts, farmers can help designers to avoid costly mistakes.
Decisions regarding where to place the structure, what type of structure to be built, etc should be taken in the field since the structures in hills are affected by various topographical factors of the hilly region.
Design standards while designing structures in hill irrigation systems should be considered wisely. Adoption of higher design standards (structural & operational) may be unrealistic as the structures built in hill irrigation systems are subject to frequent flooding, landslides, rock falls, soil erosion, etc.
Large canal sections should not be built on unstable hill slopes. Canal beds may be steep to increase the flow velocity & thus to reduce the seepage loss via canal beds. Canal linings may be done with locally available materials in hilly regions.